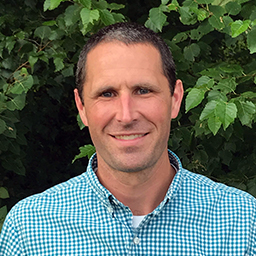 B.J. grew up in Weatherford, Texas and became a Christian after his freshman year in High School. After college he worked in banking and commercial real estate in Lubbock, TX before sensing a call to serve the Lord in pastoral ministry. He earned his MDiv at The Southern Baptist Theological Seminary in Louisville, KY and moved to Vermont in August of 2013 to pastor Redeeming Grace. B.J. is currently pursuing cerification with the Association of Certified Biblical Counselors and he is also a chaplain in the Vermont Air National Guard. B.J. is married to Christin and they have 3 kids. He enjoys running, watching whatever activity his kids are doing, riding his motorcycle, and drinking lots of coffee.