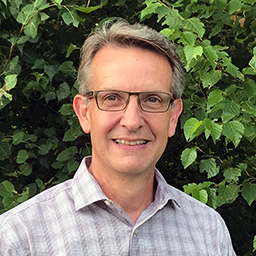 Mike was born and raised in upstate NY where most of his immediate family still lives. He received Christ as his Lord and Savior in 1997 and was baptized. Mike met his wife Nikki of 16 years while they were both working for IBM in Austin TX. They relocated (voluntarily!) from Texas to Vermont in 2012 and have been attending Redeeming Grace Church since that time. Mike has worked for IBM Watson Research Center for the past 36 years as a computer hardware designer. Mike has two children: a son Michael who works as a Software Engineer in Austin Texas, and a daughter Rachel who works as a 3D Graphic Animator in Dallas Texas. Mike enjoys spending time outdoors with Nikki, watching movies, reading, fishing and keeping up with his kids.