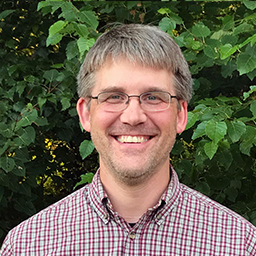 Eric was born in Springfield, MA and raised in Barre, VT. After earning a degree in Computer Science at the University of Vermont he started working at what is now GE Healthcare in South Burlington where he is still employed. Eric married his wife Mary-Margaret in the fall of 2002 and they have five children. Eric grew up in a Christian home and came to faith in Jesus Christ in 2007 through the ministry of Redeeming Grace Church. Eric and Mary-Margaret have been part of Redeeming Grace Church since it started in 2005. Eric enjoys camping, sailing and spending time with his family.